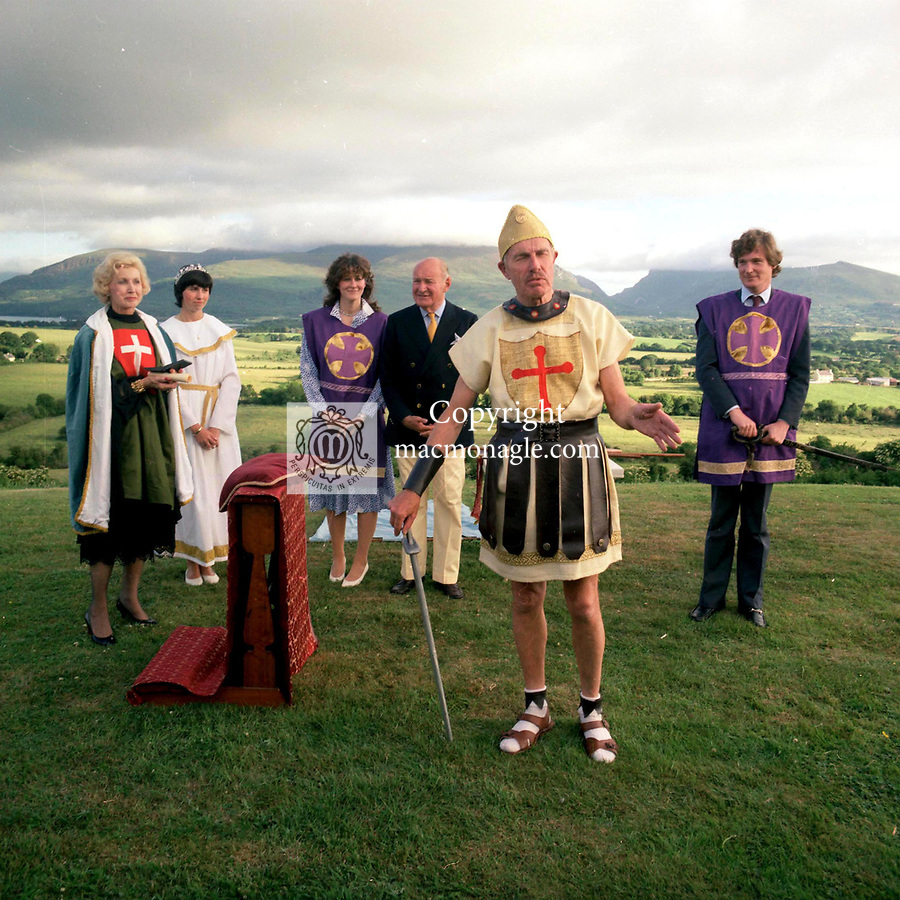 Mike Mulcahy performed many investitures in Killarney and some notable Knights of Innisfallen include, Lady Grosvenor, Bishop Kevin McNamara, Sir Anthony and Lady O'Reilly, and hundreds of local Killarney people.

Our historic photo shows, Richard Denis Wyer McGillycuddy, THE McGillycuddy of the Reeks, pictured on far right at an induction ceremony for the Knights of Innisfallen. Included also are Mike Mulcahy, Supreme Knight of Innisfallen, Bill Vincent, whose family the Bourne-Vincent presented Muckross House and Killarney National Park to the nation, Virginia Astor, wife of The McGillycuddy.

Bill Vincent, who once lived in Muckross House, and owned a holiday home in Dromid, Fossa, died in 2014.

THE McGillycuddy died after a short illness at the early age of 56. Having lived in France for some years he had returned to Ireland and was living at near Mullingar.

Richard McGillycuddy was one of the few hereditary Irish chieftains who could trace his ancestry directly back to the first chief of the clan in 1580. He was an active member of the Standing Council of Irish Chieftains and presided at McGillycuddy clan gatherings in 1991 and 1992.
More information on the family of THE McGillycUddy can be found here https://owenoshea.ie/an-apology-from-the-bbc-ross-kinloch-senator-the-mcgillycuddy-of-the-reeks/