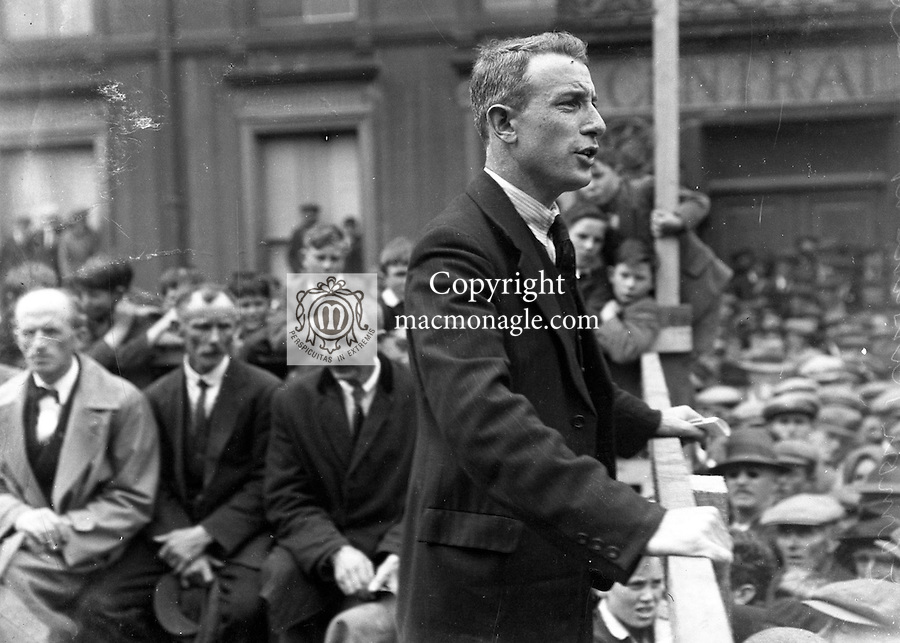 macmonagle00067.jpg
Republican Eamonn Kissane adresses a group in Tralee in the 1930's.
ump to: navigation, search

Fianna Fáil won the 1951 general election, but Kissane lost his own Dáil seat in Kerry North. He stood again in Kerry North at the 1954 general election, but was not successful.[2] After his defeat in 1951, Kissane was nominated by the Taoiseach to the 7th Seanad, and in 1954 he was elected by the Cultural and Educational Panel to the 8th Seanad. The panel returned him to the next two Seanads, but he did not contest the 1965 election to the 11th Seanad, and retired from politics.
Picture by Daniel MacMonagle
Don MacMonagle