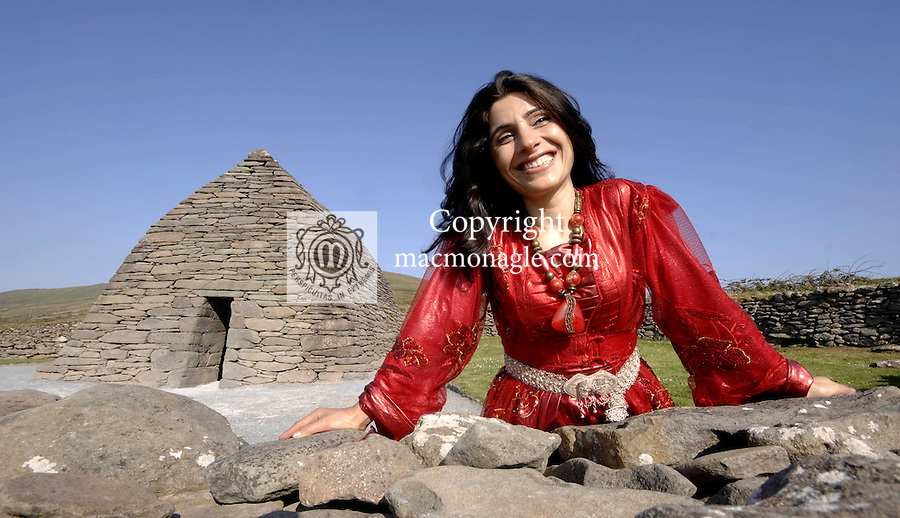 rojda-feile na bealtaine00092.jpg
Turkish singing star Rojda pictured in front of Gallarus Oratory near Dingle in County kerry prior to perfoming at the annual Feile an Bealtaine festival. Gallarus is an early Christian church believed to have been built between the 6th century and 9th century, According to local legend, if a person climbs out of the oratory via the window, their soul will be cleansed. This is, however, physically impossible, because the window is approximately 18cm in length and 12cm in width. Meanwhile Moya Brenna of Clannad will permorm tonight (Sunday) in and a political symposium entitled 'Immigration and Integration' will take place on Monday in Dun Chaoin.
Picture by Don MacMonagle
Don MacMonagle