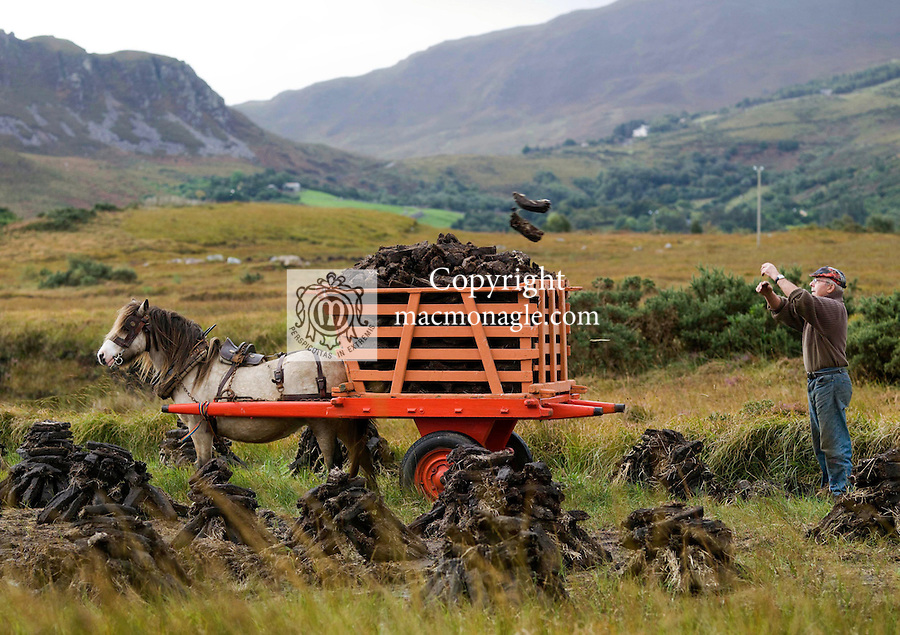 kerry bog pony turf00006.jpg
77 years old Kerry farmer Mick Teahan loads up his turf from the bog at Ballycleave, Glenbeigh, County Kerry this week and hauls it out using the traditional Kerry bog pony. The Kerry Bog Pony is famed thoughout Ireland for his size and strength and the National show and sale will take place on Saturday October 18th at The Red Fox Inn, Glenbeigh when ponies from all over Ireland will be exhibited. There has been a resurgence of interest in the these small, sure-footed, versatile ponies which were used on family holdings in the mountains and valleys of Kerry for centuries. They were known locally as Hobbies. It is thought locally that this name may have been derived from a practice in Gaelic-speaking areas of calling "Hup, Hup" repeatedly to a pony to attract it home to the farmyard. The practice is known in Irish or Gaelic as obaireacht.
Picture by Don MacMonagle
©macmonagle.com