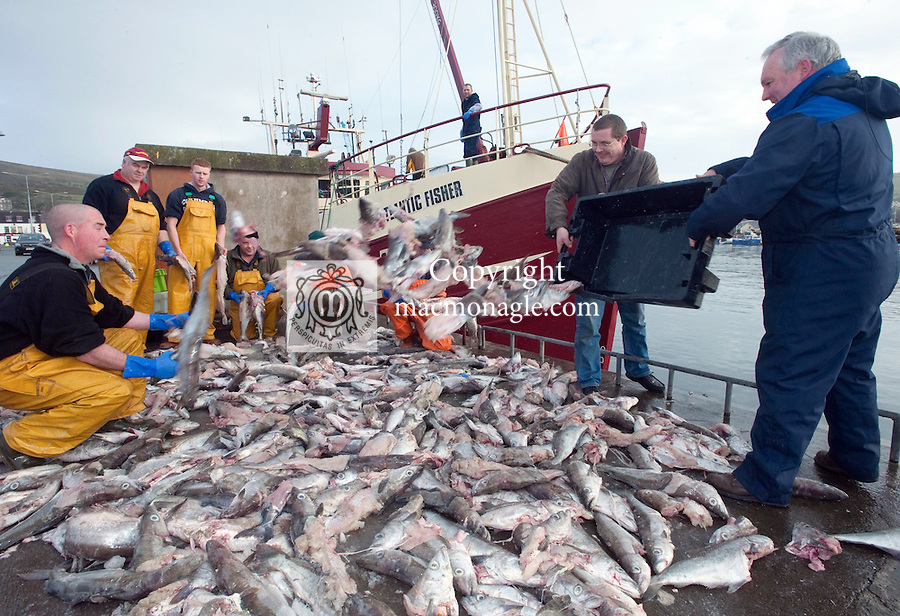 dingle dead fish_2.jpg
11-2-2011: Skippers John Paul O'Connor, Atlantic Fisher, Dingle and Michael Flannery, Cuan Na Mara dump half eaten pollock and ling fish on Dingle Pier on Friday which he claims were attacked by seals while being hauled aboard his boat. Also in picture are David O'Neill, Paul Gracea, Tony Brosnan, Brendan Devane, Stephen Mullaly, Larry Lyler. The fishermen claim they lost thousands of euro on the catch alone and if something is not done about the seals they will dump their catch on the toruist office next time.
Picture by Don MacMonagle
Don MacMonagle