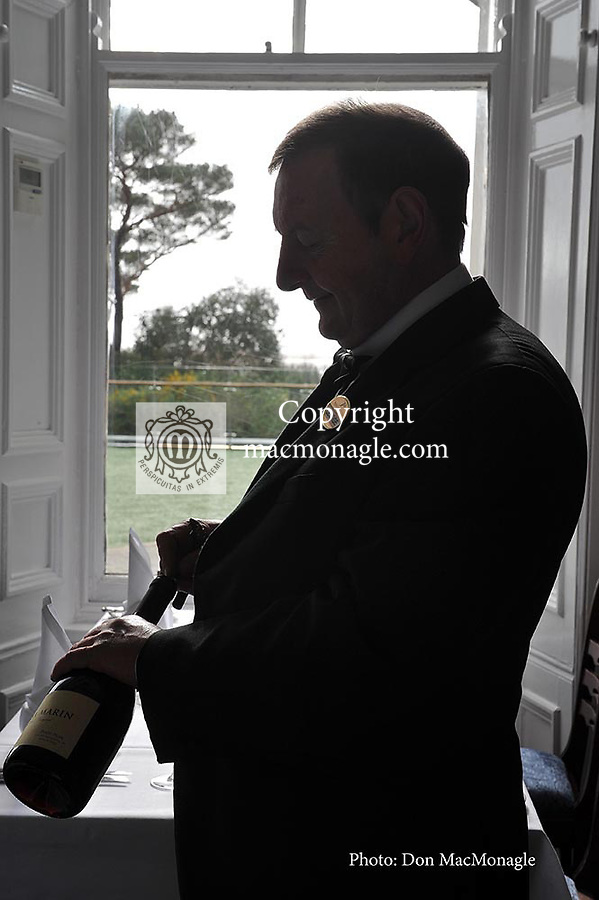 parknasilla-macmonagle1.jpg
8-3-2013: REPRO FREE: "Out of Choppy waters... and in at the deep end!" Bought for only 11 million euro from the receiver inj late 2012, Parknasilla Hotel in Sneem, County Kerry one of Ireland's oldest and most gracious hotels reopened under new ownership on Friday with some very familiar faces back in their jobs. Our photograph shows George White (40 years somelier at hotel), preparing for the guests arrival on Friday.
Parknasilla Hotel is 117 years old and entertained many famous people including Princess Grace, President Charles De Gaulle and George Bernard Shaw and Princess Beatrix over the years. The hotel with over 500 acres was once valued at over 50 million euro but bought for the knock down price of 11 million in late 2012.
Picture by Don MacMonagle
DON MACMONAGLE