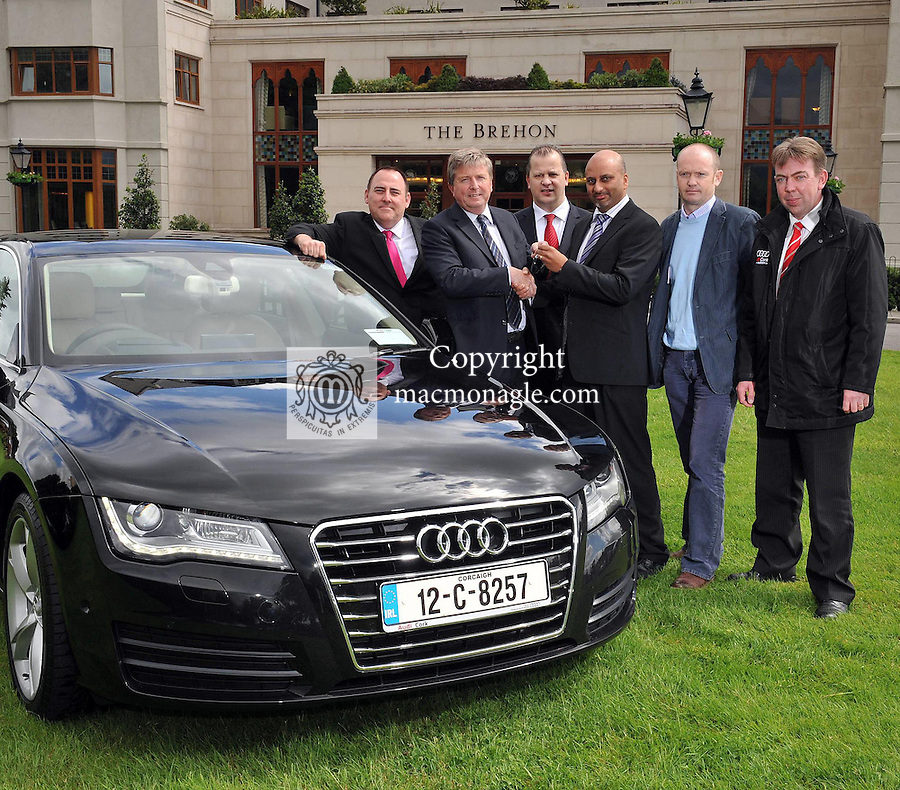 audi brehon hotel00005.jpg
The Brehon in Killarney welcomed a super stylish guest this week, a brand new Audi A7 has checked in for the forthcoming year as part of a new partnership deal between Ireland’s leading four-star hotel and Audi Cork.
The car will have a busy year transporting the hotels numerous VIPs and International stars to and from the hotel. “We regularly welcome national and international celebrities to The Brehon whether they are performing in the neighbouring INEC, attending a conference or simply enjoying a well earned holiday in Killarney. Thanks to Audi Cork we can now give them that extra sense of luxury,” says Regional General Manager at The Brehon, Donagh Davern. Photo shows Denis Murphy and Brian Quinlan, of Audi Cork presenting the keys of the Audi 7 to Manjit Gill, Finance Director of The Gleneagle Group. Also included are, Donagh Davern, Regional General Manager at The Brehon, Les Vickers, Business Development Manager, Shane O'Driscoll, Entertainment Director of The Gleneagle Group.
Picture by Don MacMonagle