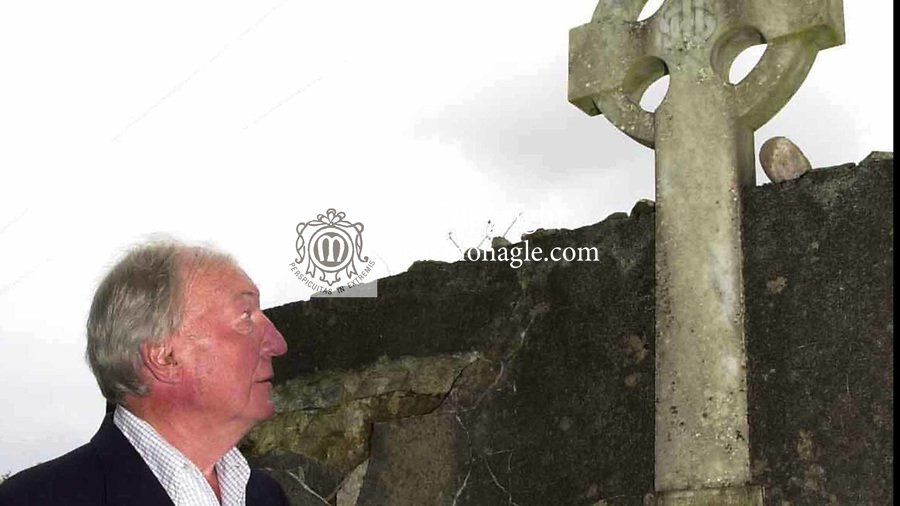 charles haughey at tom crean grave 2002.JPG
Former Taoiseach Charles Haughey had one foot in the grave when he visited the tomb of Antartic Explorer Tom Crean at Ballinacourty Cemetary outside Aunascaul in County Kerry. Mr. Haughey was holidaying in Kerry with his wife Maureen, son Conor and grandchildren and was lending his name to support the erection of a statue of Tom Crean who travelled on three Antarctic expeditions took time out from starting the Dingle Regatta to visit and pray at the tomb.
Picture by Don MacMonagle
Don MacMonagle